We believe in putting transparency into travel.

Leading the way to a smooth takeoff

May 2022 Meeting Notice and Agenda 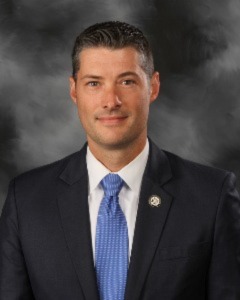 Benjamin Leischner, A.A.E., joined the Quad Cities International Airport as the executive director in 2018. During his time at the helm, Leischner created an ambitious roadmap to improve the passenger experience through adding amenities and embarking on a major terminal upgrade, as well as renew the organization’s focus on infrastructure, accountability and taking a more prominent role as an economic engine for the Quad Cities region.

Leischner previously worked for the Seattle-Tacoma International Airport for 7 years, holding positions of increased levels of responsibility. He most recently served as Airport Operations Manager/Airline Scheduling Manager. He has previous experience with the Port of Bellingham, Bellingham International Airport, and DY Consultants. He earned a bachelor’s degree in aviation management and flight operations from the Florida Institute of Technology and a Master of Public Administration from the University of Nebraska. Leischner is an Accredited Airport Executive (A.A.E.) from the American Association of Airport Executives and is a commercial instrument pilot.

Our Emergency Contingency Plan is in place for your safety as well as quality of service. View the plan in its entirety.

Stay up-to-date with the latest updates and RFPs as we continue our mission.

There’s a big benefit to flying local and we’re committed to creating partnerships that further the success of the Quad Cities.