From the Director’s Desk: The Quad Cities’ Aviation Legacy 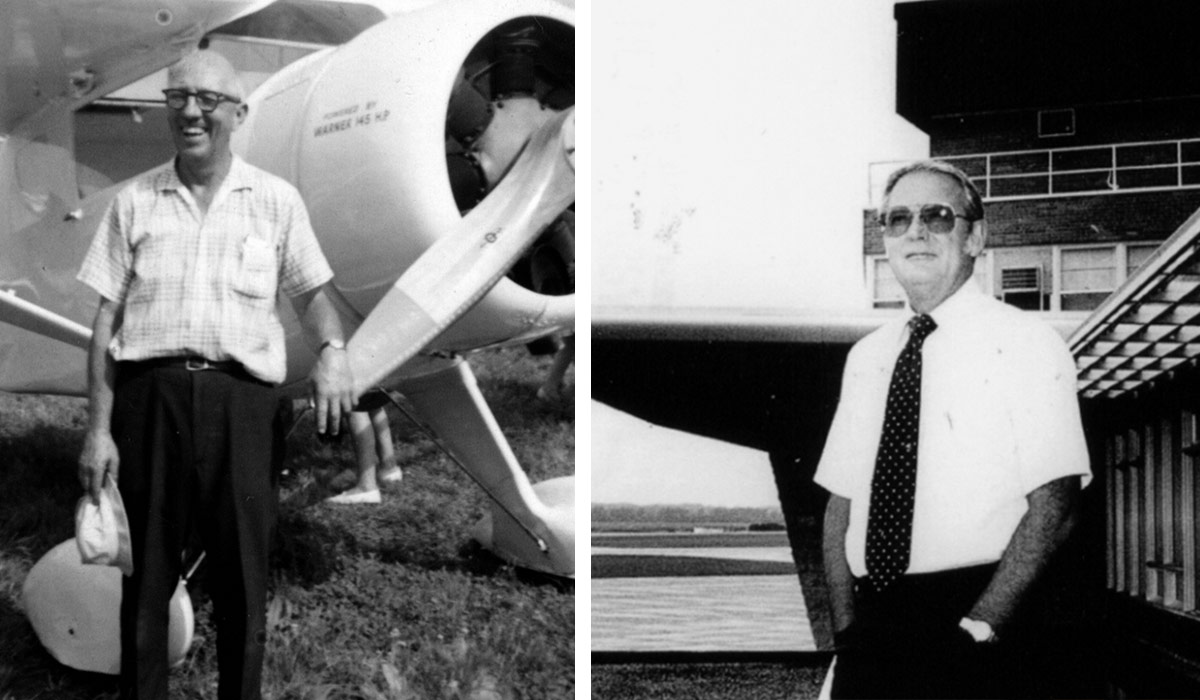 I recently had the opportunity and the honor of attending a ribbon cutting and fundraising kick-off for an aviation pioneer. Geneseo’s own Harold Neumann led an incredible life and it was a reminder of the rich aviation history deeply rooted in the QC region. Just before the Geneseo Historical Museum’s event, I also had the pleasure of speaking with the QC Airport’s first airport manager, George Kirk, who is celebrating his 100th birthday and could probably still run this airport if he wanted to. So this month, I want to recognize these leaders.

Harold Neumann learned to fly at Franing Field in 1926. For those who don’t know, Franing Field was the site of today’s QC Airport back when it was just a pasture. He became a barnstormer in the late 1920s and in 1935, he won two trophies in the National Air Races – the Thompson Trophy and the Greve Trophy. He was also named “Air Race Pilot of the Year.”

Harold flew the first flight between Chicago and Paris which made O’Hare an international airport. Jamie Rhee, my colleague at the Chicago Department of Aviation, is also from Geneseo and immensely proud to be leading the airport that Harold essentially made.

He flew with TWA and retired in the late 1960s but kept flying for fun for many more years. I am thrilled that many of Harold’s treasures will have a home in Geneseo with plans to erect a statue to honor his legacy. If you want to learn more, please click here.

In late April, I had the opportunity to honor yet another Quad Cities aviation legend – George Kirk. George Kirk was the airport manager from 1954 – 1983 and celebrated his 100th birthday on April 27. To say he had a substantial influence on the growth of the airport during those 30 years is an understatement.

Prior to leading the Quad City Airport, as it was known then, George was a WWII Navy ACE and was awarded the Distinguished Flying Cross. While I’m told it’s not his favorite topic, a quick Google search of his name will tell you he accomplished much during his military career.

When I spoke with him, we talked about what’s going on at the airport now – turns out he still keeps up with the news here from time to time even though he now resides in Texas. We posted a birthday message to him on our Facebook page and it was awesome to see so many community members offer their best wishes. Some former commissioners and employees also shared how much they loved working for and with George.

Thinking about the titans of aviation that arose from the Quad Cities makes me so proud to be at the airport. If you’re interested in learning more about the history of aviation in our area, I highly recommend David T. Coopman’s book Quad City International Airport.